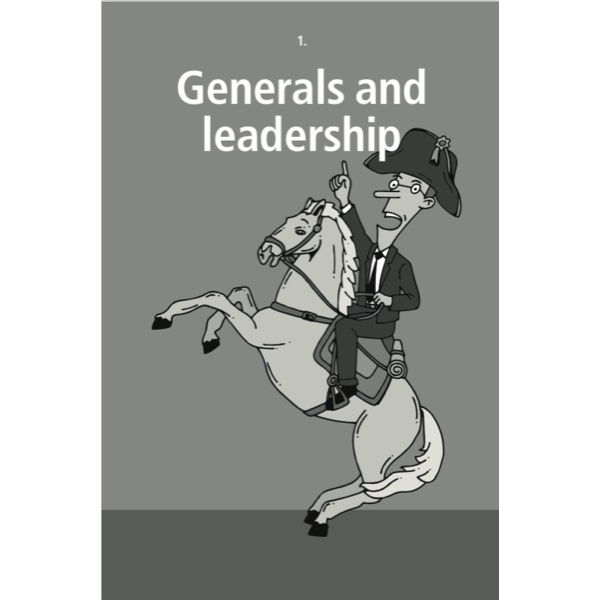 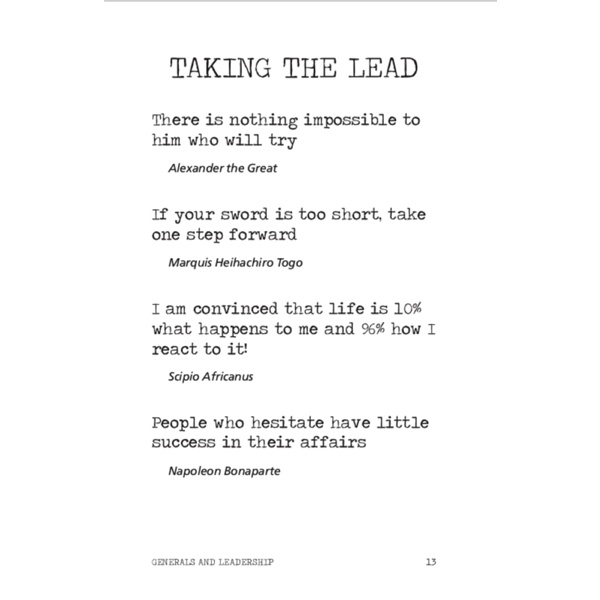 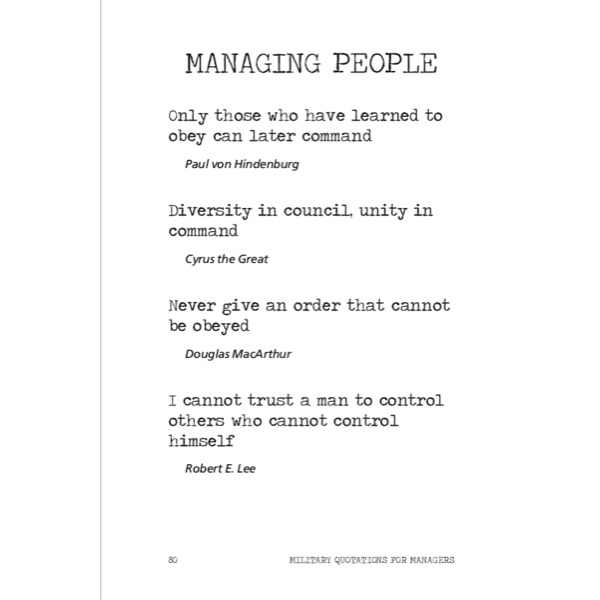 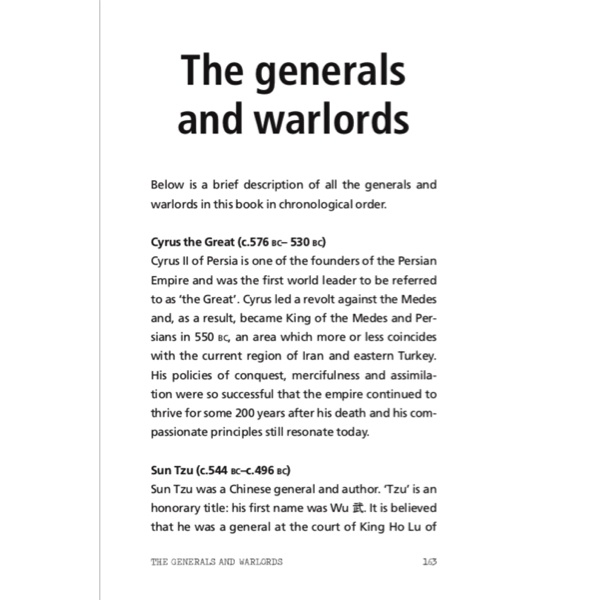 This booklet brings to life more than 400 quotes of world’s greatest all-time generals and warlords for today’s managers. The Military quotes are categorized into topics such as leadership, strategy, marketplace, management, personnel, and finance. And each quotation is accompanied by the name of the general or warlord to whom it is attributed.

Prices are including delivery all over the world. An order will be delivered within a period of 5 – 10 working days.

This booklet brings to life almost 500 military quotations of world’s greatest all-time generals and warlords for today’s managers. Each quotation is accompanied by the name of the general or warlord to whom it is attributed.

Famous people are often remembered as much for the things they said as for their actions, and the same applies to the generals and warlords. This book presents nearly five hundred quotations – short and powerful quotations – whose meaning is both immediately clear and relevant in today’s business world. The quotations themselves are either directly from the generals or attributed to them by tradition.

And although war in itself is not a good thing. It has also led to many advances in technology and developments in the manner of organization and planning, leading to many insights and principles that are relevant to all kinds of businesses and organizations today.
The Military quotes are categorized into topics such as leadership, strategy, marketplace, management, personnel, and finance. More than 30 battle generals and warlords have their say and there’s a short briefing about their background. Starting with Cyrus the Great (600 BC), also featured are such as Caesar, Attila, Nelson, Napoleon, Grant, Montgomery and Norman Schwarzkopf.

Some examples: if your sword is too short, take one step forward; there is nothing impossible to him who will try; the great art is to change during the battle. Woe to the general who comes to fight with a system; once the mass of the defending infantry become possessed of low morale, the battle is as good as lost; nobody ever defended anything successfully, there is only attack and attack, and attack some more; it is easier to bring certain people to talk than to let them be silent.